What have states, universities and other partners learned from projects that facilitate data sharing and develop state analytic and research capacity? What are the implications for federal and state practices and policies? A panel discussion. 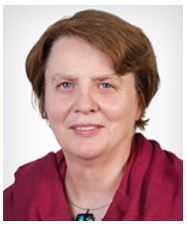 Julia Lane, Director in the Coleridge Initiative, Professor in the Wagner School of Public Policy at New York University, and Provostial Fellow in Innovation Analytics and a Professor in the Center for Urban Science and Policy

Julia Lane is a Professor at the NYU Wagner Graduate School of Public Service, at the NYU Center for Urban Science and Progress, and a NYU Provostial Fellow for Innovation Analytics. She cofounded the Coleridge Initiative, whose goal is to use data to transform the way governments access and use data for the social good through training programs, research projects and a secure data facility. The approach is attracting national attention, including the Commission on Evidence Based Policy and the Federal Data Strategy.

In these positions, Julia has led many initiatives, including co-founding the Institute for Research and Innovation in Science (IRIS) at the University of Michigan and STAR METRICS programs at the National Science Foundation. She also initiated and led the creation and permanent establishment of the Longitudinal Employer-Household Dynamics Program at the U.S. Census Bureau. This program began as a small two year ASA Census Bureau fellowship and evolved into the first large-scale linked employer-employee dataset in the United States. It is now a permanent Census Bureau program with appropriated funds of $11 million per year.

Julia received her PhD in Economics and Master's in Statistics from the University of Missouri. 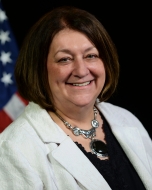 Dr. Potok is Chief Statistician of the United States at OMB. She previously served as Deputy Director and Chief Operating Officer of the U.S. Census Bureau. Dr. Potok has over 30 years of leadership experience in the public, non-profit, and private sectors. She served as Deputy Under Secretary for Economic Affairs at the US Department of Commerce; Principal Associate Director and CFO at the Census Bureau; Senior Vice President for Economic, Labor, and Population Studies at NORC at the University of Chicago; and Chief Operating Officer at McManis & Monsalve Associates, a business analytics consulting firm. She is an adjunct professor at the Trachtenberg School of Public Policy and Public Administration at The George Washington University. She is the recipient of the Enterprise Risk Manager of the Year Award given by the Association for Federal Enterprise Risk Management, the Presidential Rank Award, the Secretary of Commerce Gold Medal and Silver Medals for outstanding achievements, the Arthur S. Flemming Award, and the Distinguished Alumni Award from The George Washington University. Dr. Potok is an elected Fellow of the National Academy of Public Administration (NAPA ). Dr. Potok received her PhD in public policy and public administration at The George Washington University. 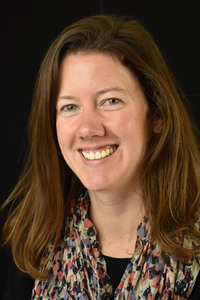 Sarah Leibrandt, PhD is a Senior Research Analyst for the Policy Analysis and Research Unit at the Western Interstate Commission for Higher Education. She currently leads a project funded by Lumina Foundation and Strada Education Network on understanding the current landscape related to recognition of prior learning. During her time at WICHE, Leibrandt has played a key role in the Multistate Longitudinal Data Exchange, facilitating the exchange of education and workforce data within and across states. She has also worked on projects with a focus on improving educational outcomes for minority, low-income, and adult students. Prior to joining WICHE, she worked for the Colorado Department of Education and Red Rocks Community College. Sarah earned a Ph.D. in Education Policy from University of Colorado Boulder and a Bachelors degree from Wellesley College.